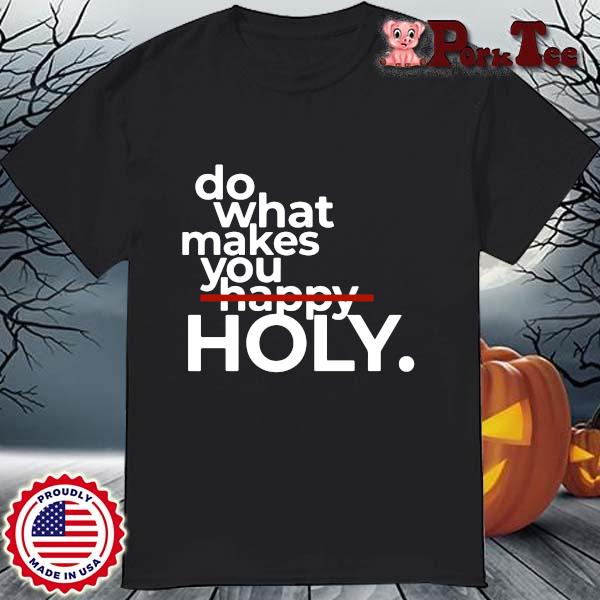 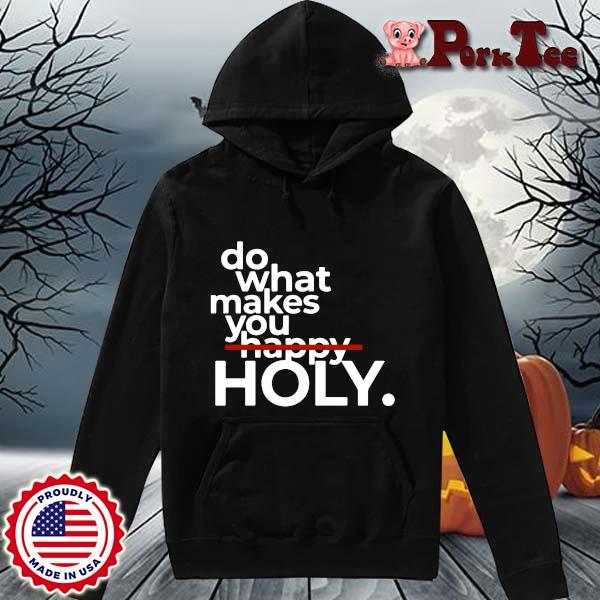 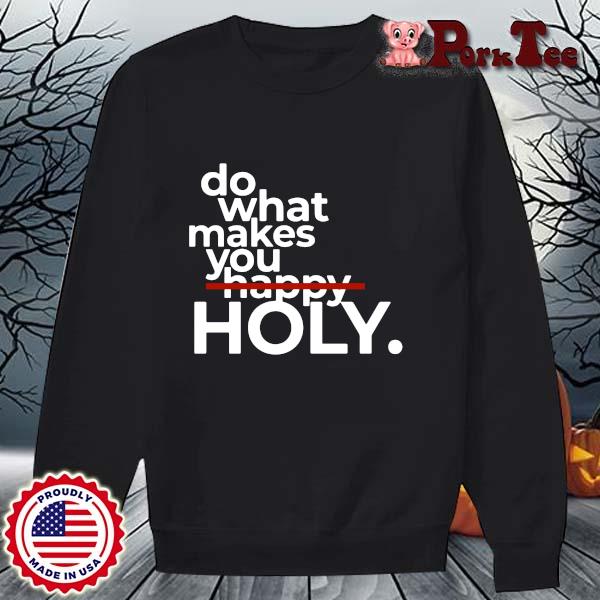 Do What Makes You Happy Holy Shirt

You know the Do What Makes You Happy Holy Shirt so you should to go to store and get this picture: Princess Margaret, lying in a bathtub, wearing nothing but a tiara perched upon her head. Taken by her husband, famed photographer Antony Armstrong-Jones, the photo was only released to the public in 2006, four years after Margaret’s death. Equal parts coquettish and cheeky, it cemented the princess’s status as the royal family’s forever wild child. (“Disobedience is my joy,” she once said about herself.) Eleven years later, the portrait was removed from public view. But the image remained ingrained in minds everywhere—so much so that The Crown included a scene about it in season three. While the image’s shock value had much to do with, yes, the bathtub setting, its iconic status was achieved by the addition of the tiara: grand, glistening and, quite frankly, gargantuan.

The diadem has a rich history. Known as the Do What Makes You Happy Holy Shirt so you should to go to store and get this Poltimore Tiara, it originally belonged to Lady Poltimore, the wife of the second Baron Poltimore. Made in 1870 by the House of Garrard in London, it’s the epitome of Victorian-era jewelry style: The diamond scrolls evoke flora, flowers, and nature. Lady Poltimore wore the fantastical creation, whose framework is comprised of both silver and gold metals, to the coronation of King George V in 1911. The family put it up for auction in January 1959. There, it was purchased for 5,500 pounds by Princess Margaret. Despite having access to the crown jewels (the Duchess of Cambridge, for example, wears tiaras lent to her by the queen) the then 29-year-old wanted something she could call her own. “It’s such a modern thing,” Sara Prentice, creative director at the House of Garrard, tells Vogue. “We’re finding more and more now that women are purchasing for themselves, but way back in 1959, she chose it for herself. She must’ve loved it to do that.”